Screen printing: how it works, advantages and disadvantages

Have you decided to print a personalized T-shirt and would like to know more about screen printing and how it works ? Let’s start by saying that screen printing is not such a difficult printing technique to use, it is used very much on an industrial level.

Knowing the screen printing, its features and its advantages, however, is very important to understand how much and how to use it for the printing of your company products.

But before thinking about this and knowing more about screen printing, how it works and its techniques, here is some history on the origin of this printing process.

Serigraphy: the origins
In etymology, serigraphy means ” writing on silk ” and is, precisely, highlighting printing on fabric. This printing technique has its origins in the stencil , a normographic mask that allows to faithfully reproduce signs and symbols. Some say it derives from the Phoenicians, which was later introduced into Japanese art and then naturalized French around the twentieth century. What is certain is that this type of printing is currently considered one of the most innovative of the last period, precisely because it also uses new technological supports such as 3D printing.

Well, given these premises, how does screen printing work specifically?

Obviously on an industrial level, this process is repeated over and over and has its own fact of being very fast in the construction phase.

You can use screen printing to print your company T-shirts but also other products with a slightly more rigid surface such as porcelain, metal or even iron. Obviously, in these specific cases, the use of powder colors, subsequently mixed, is also associated with the same technique, in order to create a sticky compound easily applicable to the rigidity of the surfaces.

What you Need to Run a T-shirt Printing Startup

5 Outfits You Should Never Wear At a Workplace 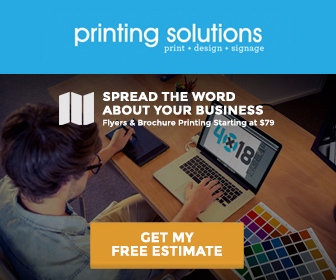